Green Development has partnered with ReMAKE to develop a site in the Town of Centreville, MD. The project is located on a 46-acre former farm site and within a Critical Area of the Chesapeake Bay. The site is also of historical significance as the largest remaining tract of land in Centreville from the 1670 Chesterfield Manor land grant issued by Lord Baltimore—a portion of which later was used for the formation of “Centre Ville” as the Queen Anne’s County seat. This walkable, in-town location presents an ideal opportunity to create a new model for sustainable development on the Eastern Shore.

Stay tuned here for upcoming meetings in 2022. If you have a specific question, please contact us and we’ll help you get the information that you’re looking for.

March 13, 2022
Public Open House: held to provide the community an opportunity to meet the developers, learn more and provide comments about the proposed Carter Farm development. (Materials provided at the meeting are available further below.)

Development plans include restoration of the 12.5-acre buffer area to improve wildlife habitat and water quality of the adjacent Corsica River that flows into the Bay. A total of 126 residential units are proposed for the site which is much less than the current zoning will allow. This reduced density preserves up to 5-acres of the site for a working farm along with a farm stand for public access to fresh food and multi-purpose areas for community events. Additionally, a commercial component will be marketed to service and retail providers that are food and wellness focused such as a farm to table restaurant and local products market. Public trails and view overlooks are also proposed for the site to fully integrate the site and its new residents into the surrounding community.

The Agrihood approach to development is centered around a working farm that brings people closer to food sources and builds stronger community connections. An on-site farm stand will be complemented by a small-scale retail area that provides space for a market and other tenants that feature products from the local food systems of the Eastern Shore region. Plans also include recruitment of a farm to table restaurant chef/operator who would be encouraged to source food from the farm.

The farm start-up process is being informed by expert advisors providing guidance on the business and technical aspects of a farm operation. Ultimately, an experienced farmer will be recruited to manage the farm operations. Outreach to agriculture organizations and government entities is being untaken to seek partnerships that will enhance the community-wide benefits of the farm through training, creation of value-add products, and other programmatic offerings and events. Community supported agriculture (CSA) shares will be available to on-site homeowners to create a reliable source of operating revenue and to engage homeowners in the farm amenities.

The project team is advancing a design approach that is low-impact. The methods being presented to the Town for consideration include clustered parking and reduced widths of the private woonerf style “living streets” with shared use to minimize impervious surfaces and to improve overall pedestrian experience and safety. Rain gardens with native plants will absorb rainwater and create new habitats while the entire critical buffer area will be restored to contribute to the improvement of Corsica River water quality and foster wildlife habitats.

A nature trail (Corsica River Trail) along the perimeter of the site has been proposed within the buffer area to provide the public with access to the site’s natural areas in a manner that will limit impact on the surrounding habitats. The trail will include a public entry from Chesterfield Avenue and connect to planned overlooks with views of the Corisica River and the Yellow Bank Stream marsh. The trail will require Critical Area Commission approval to proceed.

A multi-modal trail (Chesterfield Trail) through the middle of the site will provide fully ADA accessible connectivity for persons interested in safely rolling, walking or cycling through the site and will incentive active living. The developer also plans to work with local organizations to create a wayfinder signage program that integrates local history, ecology and agriculture learning opportunities for trail users.

Advancing an Agrihood development within an in-town context requires extensive public outreach and approvals. ReMAKE group and Green Development are currently working with town officials to develop design solutions that align with the Town’s 2009 Community Plan vision for the site and to meet the Traditional Neighborhood Development (TND) zoning district approved in 2014 along with the Planned Unit Development overlay approved in 2021. The project’s location involves approvals associated with the site’s PUD Zoning, and the Growth Allocation and Developer Rights and Responsibilities conditions that are both associated with the Critical Area location. Project approvals require a total of five (5) public hearings to be held by Planning Commission and Town Council, along with County and State requirements that must be met as part of the approvals process. Public outreach and presentations are being made on an ongoing basis.

Please use the form on the Contact page to schedule presentation for your group or to learn more from the developer.

To Learn More About Agrihoods

An “agrihood” is an organized community that integrates agriculture into a residential neighborhood. The purpose of these communities is to facilitate food production while at the same time providing connectedness, recreation and a higher quality of life for members of the community. (Wikipedia)

View the following video from the Urban Land Institute to learn more about agrihoods and how the presence of these developments in town plans can make communities more diverse, vibrant, and enjoyable to live in.

Housing will include single family, townhome, and multi-family type units that together will total 126 new families living on the site and contributing to the local economy. The Phase I development area includes 25 single-family units that will be Net Zero Ready and other sustainability features. The common areas and overall design approach are an intentional approach to foster community building. Several prospective buyers have served as a focus group and been engaged in the planning process since project conception in 2019.

Carter Farm House exterior will be preserved and depending on the level of deterioration that has occurred by the time final project approvals are garnered an adaptive reuse will be undertaken based on the level of third-party investor interest. The developers have met with Rachel Carter (former occupant) who supports the project, and have presented the project to a representative from the Queen Anne’s Historical Society and the Historic Sites Consortium of Queen Anne’s County to provide information and discuss future collaboration.

The Carter Farm site is within the a Critical Area of the Chesapeake Bay and located at the head of the Corsica River. The site is also an infill site located within the Town of Centreville. The Buffer Area that surrounds over half of the site includes steep slopes with a twenty-five foot elevation change and is overgrown with invasive species. The proposed Carter Farm development is being undertaken as a conservation development that includes extreme measures to reduce impervious surfaces and restore habitats that will improve the current conditions of the site and the Corsica watershed. The development team has met with representatives of the Corsica River Conservancy to provide information about the project and seek input on best practices along with expressing interest in future collaboration.

Community conversations held in 2016 by the Eastern Shore Land Conservancy informed the current Carter Farm concept plan. While the ESLC’s work in 2016 did not result in a developer at that time, they subsequently introduced the Green Development/ReMAKE team to the site in 2019 and shared findings from the earlier work. The ESLC Towns Committee reviewed the current Agrihood plan and determined it was consistent with the previous vision for the site leading to a letter of support for the project submitted to the Town Council in July 2021. The Green Development / ReMAKE development team are ready and able to make the Carter Farm Agrihood project into a reality based on the current concept plan that addresses all the community priorities identified in 2016.

Preservation of the Carter farmhouse

Commercial such as a destination inn, market and/or farm to table restaurant.

Housing with a mix of types, sizes and price points.

Want to learn more about this project or schedule a presentation to your group? Do you have information about this site that would be beneficial for us to know? Are you interested in living, opening a food-related retail business, or farming in our new agrihood community? Do you have a new plan or project or site that we could help make more sustainable?

Do you like the project concept and want to help support its approval? 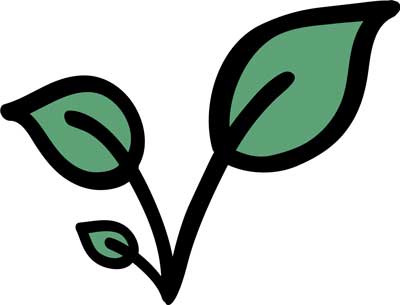